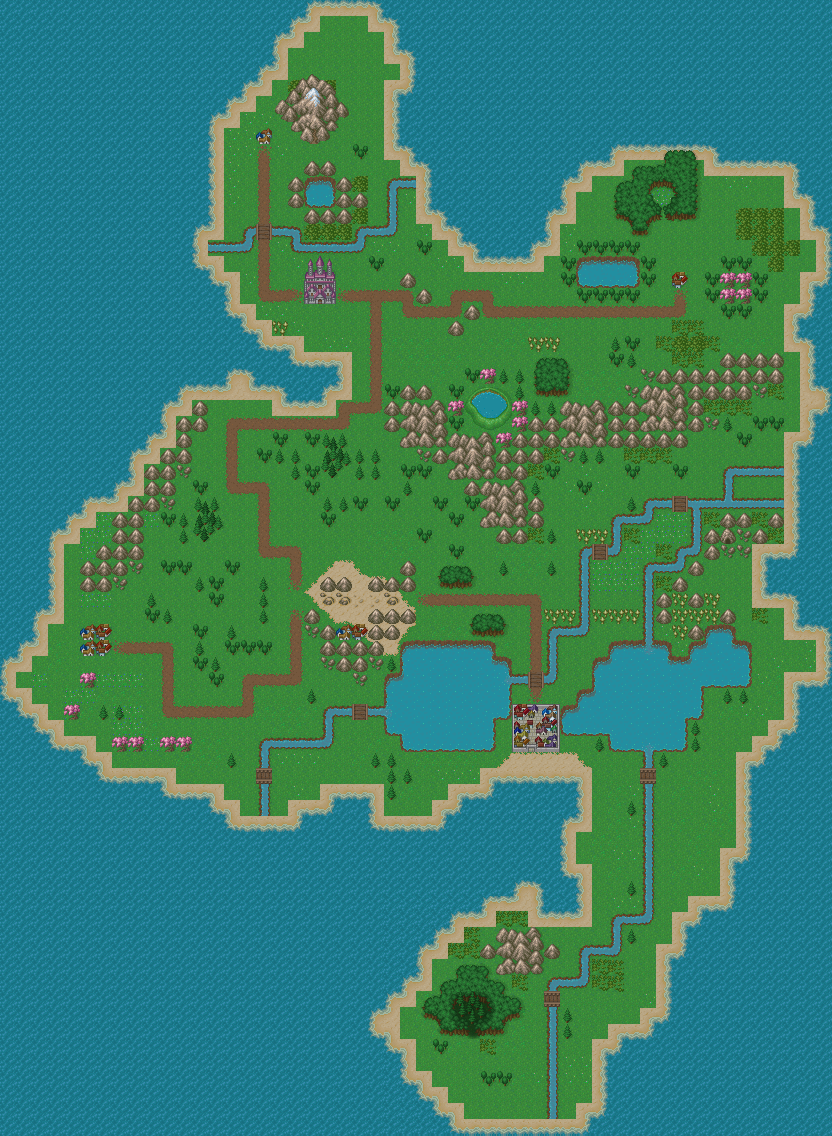 This is a bit rough around the edges—literally—because it’s still a work in progress and because there’s one very specific tile type I neglected to ask for, but I hope the beauty of Becca’s pixel art shines through regardless!

Compared to the old public domain placeholder tiles, you can easily see the upgrade in quality. The beach tiles that fade into the sea are noticeably larger than the sharp drop-off cliffs of the placeholders, though—this is merely a faithful recreation of the placeholders, but obviously I need to figure out how to expand the continent since Becca’s real grasslands need to fade into the beach more accurately. In some areas this is easy, like the area around Deltaru Tri-Port going from this skeleton layout… 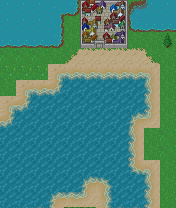 …to this more fleshed-out terrain: 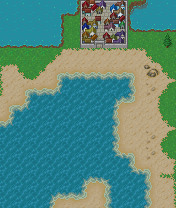 But in other cases the beach is close enough to important terrain landmarks that instead I’ll be revising the area entirely, such as the forest just to the south of there: the Unicorn Forest, where it’s rumored that a rare unicorn lives! (Of course.*) 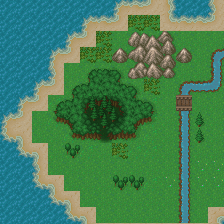 Normally I don’t show off such work-in-progress stuff, but I’ve gone so long delaying on sharing Becca’s pixel art because a lot of it would be spoilery—giving away dungeon layouts and so on—that I didn’t want to hold back any more. =) This is where we’re at now!

Oh: and in other news, I’m pretty sure our prospective monster artist Liz will be great based on her early samples. Look forward to that post coming soon!

(*Unicorn Forest used to be named Den of Kobolds and the Unicorn, but that’s super clunky and had to go. There are still kobolds hanging around all over, though!)

One thought on “Bonus Post: Miharu Continent Work In Progress”