This past week took an unexpected turn: I was in the mood to write dialogue, so that’s exactly what I did to the exclusion of all other possibilities. “What’s so unexpected about that?” one might ask. “After all, Dreamblazers is an RPG.” And I took creative writing courses in college and you might even say I studied under a Harvard professor—I could elaborate, but who cares? This is a video game, yo. More in a moment.

I very rarely watch movies or TV. However, I’ve constantly heard from movie and TV buffs, through cultural osmosis, that Hollywood is “cynical” in how producers follow market statistics. They include love interests to serve sales, not the story, and the same goes for the placement of action scenes.

I guess I’m “cynical” too, though. If I believed I could sell an RPG without a story, that’s what I’d make. I don’t sink 4000 hours into Pokémon and 1500 hours into Monster Hunter and 400 hours into Advance Wars and 200 hours into Kirby because of their stories, but because each one is fundamentally the same kaleidoscope: throw me a wide array of abilities and enemies and I’ll go wild trying endless combinations of the two.

Truth be told, I’ve been writing dialogue all along in these devlogs in a more minor way—200 words here, 300 words there—but haven’t mentioned it because it’s unimportant to me. I play games for gameplay. Shocking! Writing is not my focus; in fact, the main joy I get out of stories in games is usually sifting through all the ways in which they don’t make sense.

…yet… I’m writing a story. And if I am, then it gets my full attention and my best efforts. May others dig it more than I. =) 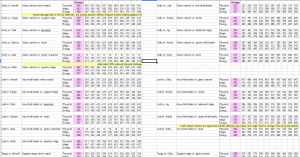 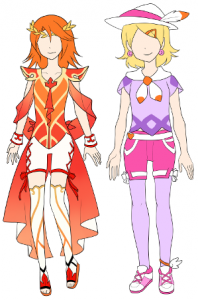