Have I ever done an all-in-one overview of what Dreamblazers is in a single easy-to-access post? Nope! But that’s up now over on the brand new Dreamblazers page. It took a while to create, but this was a necessary step for what’s coming this week: bringing on more pixel artists! This will be the foundation I use for explaining the game to people from now on, whether it’s on here, on IndieDB, on Steam Greenlight, bringing on pixel artists, bringing on a composer, or anything else in the future.

And… this is also take 2 on doing bonus posts later in the week. For sure there’s going to be a “help wanted” page directed at prospective pixel artists, but we’ll also see if I can get up one of the multiple map layout posts that I’ve been meaning to do. The final pre-Kickstarter tileset is underway, by the way, so that increases the odds no doubt.

Other than that… fairly little to report this week. Check out the pitch page and let me know your thoughts! :D

(Note: Comments need to be approved before they’ll show up.)

What time is it? Why, it’s… 71 new dialogue portraits time! Yes, that’s 152% as many faces as the total of what I’ve shown on this blog before today! <3 What can I say? Flora's pretty fast at this drawing thing. =)

Wow, is that a boatload of faces. It fills me with joy just to look at it, especially in full-size. :D And especially especially in the real full-size that only I can see—I can’t upload the full 512×512 resolution here because it would eat my bandwidth alive, so these are the 256×256 versions of each face that I’ve used in previous posts. But how many faces is it? Let’s run down the increased numbers (aside from Summer and Spring):

Actually, there are still more finished faces than these, but I left them out because how could I bring myself to reveal spoilers? Nobody wants to know in advance who dies, gets horribly disfigured, turns out to secretly be another character’s sister, cuts their hair to symbolize inner change, gets transformed into a dog, swallows a cake whole, or disguises herself as another character.

(Just kidding. None of those things happen. =P …or do they? Or do some of them?)

Leaf previously had not one but two base heads that were each only used for a single expression, so they’ve been repurposed for extra fun.

Celty got a new base head with a few expressions. She’s the character with the most screen time, after all, even though Leaf is the game title name-dropper, so she needed a little variety. =)

Along with Jelia, Jig got the biggest face count upgrade, nearly doubling her faces—which is appropriate since I felt that the faces I’d asked for previously only captured about half of her personality! The new face with her goggles down is one of my favorite additions in the whole collection.

As embarrassing as it is, I actually forgot that my own Cecille is an elf when giving her description, so her ears have now been updated along with her new faces. Even aside from that, I’d say she gained the most of any character when comparing her current range of emotions to her first draft range, which was a bit one-dimensional.

Similar to Sakura, Lash‘s kunai can now be used with any of her faces.

This is very, very likely to be the last time that I share faces for at least the next several months, so I’ll leave this to stand in its own post. <3 Game development is an ongoing process that often makes great leaps of progress but rarely feels like anything has been finished, especially an entire major component like dialogue portraits—but this feels very complete to me. It might actually be the biggest landmark I’ve had for Dreamblazers to date. =) 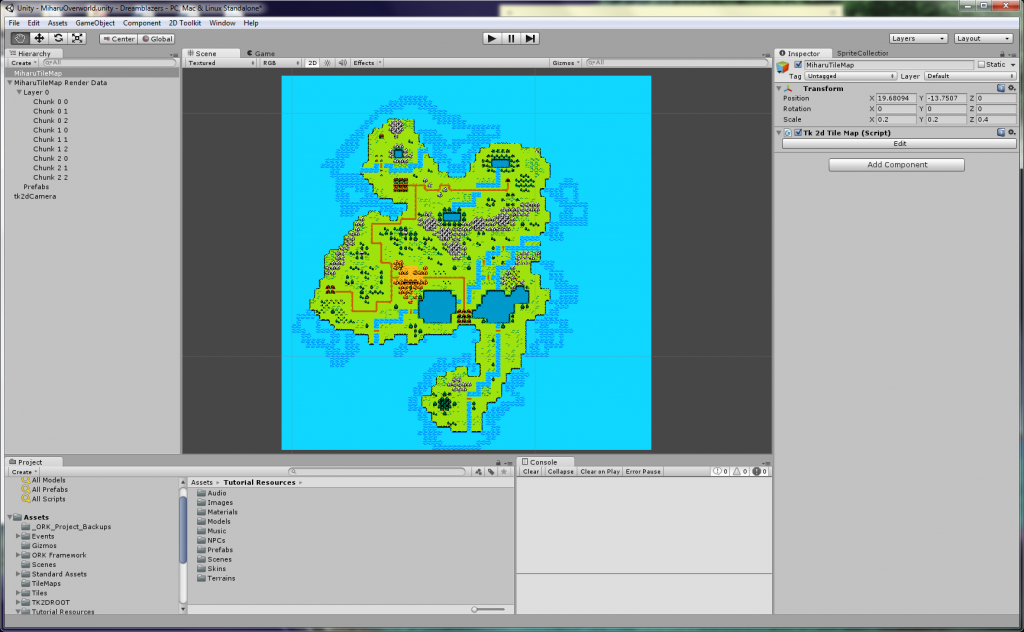 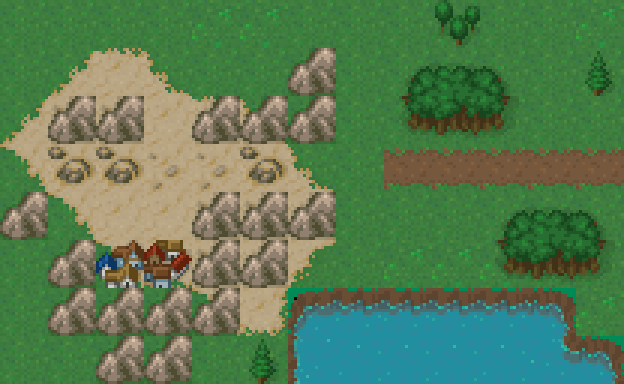 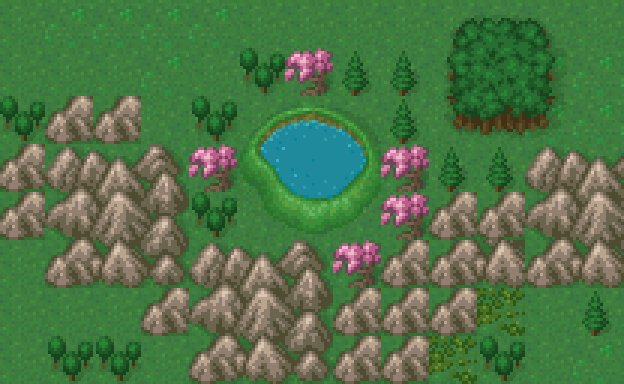 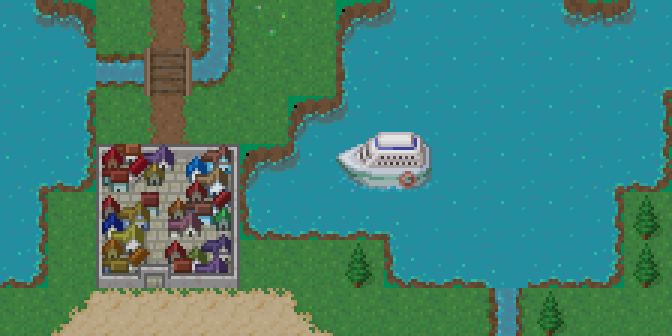 The bard Tango Moonlight is sort of Dreamblazers‘ narrator—the eyewitness account who’s relating the tale of everybody’s bravery! Of course, sometimes he’s prone to exaggerate his own role… he’s not an especially talented fighter or adventurer. =P But the beauty is that he doesn’t have to be: as long as he can strengthen the good fighters with his magic, he’s making all the contributions he needs to.

Other than Lucky, who’s a non-humanoid character, our range of characters for these portraits is now concluded—but not our range of faces! Most characters will receive at least a couple additional faces in the future as time permits.

In other news, I’m hoping to put up a bonus post later this week because the overworld tileset is finished! …but it’s not yet organized into a cohesive tileset, so I’m unable to play around with it until that process is complete. (I don’t know whether it’ll happen this week or not.) For now I’ve temporarily suspended my judgment on whether I can handle drawing maps for my game since this new tileset does look simpler than the previous one, so I’m certainly hoping I’ll be able to update the continent of Miharu to use the professional tiles. :D

Speaking of which, updating that continent will also signal two big upcoming events:

I mentioned wanting to do this a while back when the title image was first drawn, but I’ve waited because I also thought I should be able to show off some in-game assets along with it. My writeups are ready, so the assets are the last missing piece.

2) The search for more artists!

There’s still so much more to do on the pixel art front outside of environments that Becca suggested she could put out a call to arms to her myriad pixel artist followers. That sounded great to me, but I did believe it would be best if we held off until I could at least show off one mostly-finished location to give the artists for characters and monsters and everything else a visual of the world that they’re adding to.

Yes, I still believe what I’ve said that one of my biggest mistakes was not pursuing artists months earlier than I have… but I’m treating that as a sunk cost rather than trying to rush now to compensate.

As the time comes for at least one more pixel artist and likely at least two more, I’m filled with both excitement and trepidation. Teamwork is a wonderful process, but an involved and complex one as well. I’ve spent many an hour pacing back and forth in the hall, trying to put in words for myself what I want from a character design or a pixel art concept—because these are the realizations of my dreams, after all, but unlike the gameplay and the story, I’m not the one directly creating them. In many ways it’s tougher than directly creating them. In the end, I just hope deeply that everyone I team up with feels the same sense of progress and dreamblazing that I do.