Not that it stops me from asking, but I’ve never heard a satisfying answer to three little letters: W-H-Y. Sooner or later, as you break an answer down into its component pieces, any explanation of anything hits a wall: “that’s just how it is.” Call it first principles or brute fact, but that won’t make an answer intellectually satisfying.

In Pokémon Special (Adventures), Sapphire first appears as a girl living in the wilderness, but soon enough she’s wearing a blue variant on the familiar heroine’s outfit from Pokémon Ruby and Sapphire and fitting in better.
Did she take a step forward or a step back?

Some questions are even more open-ended than others, though—people don’t even claim to have an answer for some questions—and those are my favorites. Whether as an agnostic kid and teenager or a Christian teenager and adult, I’ve always loved facing up to “I don’t know”; after all, that’s the only chance I have of learning anything. I want to reckon with the challenging questions, so those are the kinds of questions that I put into the undercurrents of my game, Dreamblazers. I don’t have any message to beat people over the head with, only questions to raise for consideration, buried in the subtext.

Let’s consider Celty, the “Bulbasaur” of my characters. She observed that no society had found true, lasting, permanent happiness, but that all of them yearned for heroes. Believing that becoming a hero was life’s highest goal, she dismissed civilization and became a girl of the wild; she made her own clothes, cuts her own hair, and relies on no one and nothing except her own hands, feet, and magic. If only she could become the strongest fighter, then perhaps she could become a hero…

Celty considers this true living and her best friend Leaf stands in solidarity with her. They resonate with this quotation:

I went to the woods because I wished to live deliberately, to front only the essential facts of life, and see if I could not learn what it had to teach, and not, when I came to die, discover that I had not lived. -Henry David Thoreau 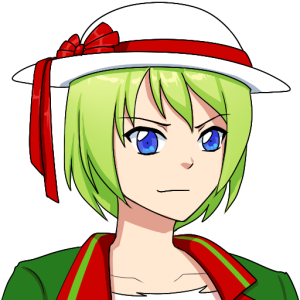 But what do you call it? Empowered liberation? Cynical selfishness? Naive romanticism? Dreaming big? A model of self-confidence? The inevitable outcome of transhumanism? The idealization of backwards primitivism? Do we call it nihilism? Existentialism? True spirituality? Is she running toward or away from God?

Well, that’s up to the player, and because I hope to have many different types of players, I hope to receive each of these responses—and I expect it. I’ve had it in mind since at least 2009 that the player should be able to side against Celty and Leaf by playing as a different group. Even in a video game context, I don’t mean to force anyone’s hand. Maybe some would consider them the ultimate villains. I consider Kyon the villain of The Melancholy of Haruhi Suzumiya and he’s the narrator, after all, and no one can tell me that Samwise Gamgee isn’t the true hero of the Lord of the Rings trilogy. I’ve played far too many RPGs where I favored the “antagonists” to not at least consider multiple player parties.

I won’t have the time and resources to make multiple player parties and concurrent storylines happen, though, so that all unfortunately ends up on the cutting room floor for the time being. If Dreamblazers is successful enough, then maybe one day I’ll remake it to include this feature—I’m talking about many, many years down the line, mind you, but I always try to think ahead in regards to game development.

Even if I do eventually put them in, though, I wouldn’t answer the dilemma of whether truth and beauty and freedom and so on are found outside of society or inside of it. I aim to lay a pot of gold at the end of every rainbow in terms of gameplay discovery, but there are no morals at the ends of my stories. Fun, excitement, and adventure await! …but you’ll have to find the answers to your most profound questions.

I cannot teach anybody anything, I can only make them think. -Socrates

As my creative writing professor said, I think a writer should write what they don’t know. As I elaborate, that’s because the writer then embarks on the same journey of discovery that the audience will. To paraphrase George MacDonald, so long as my characters can assert themselves, I will not do it for them. You can expect the most favorable defense from them and the most favorable prosecution from their opposition, but nothing from me. After all, I don’t claim to have the answer.