Now that I’ve established the reality of subjective experiences, I can talk about video games! :D Last week I saw a few people who I’m following on Twitter give out their ratings of the Final Fantasy series. I haven’t played anything past Final Fantasy IX, so it didn’t seem right to copy their format. Still, I have to get my feelings down somewhere. =P Listed least favorite to most!

This is the only Final Fantasy that held my interest for less than an hour, so I feel obligated to list it at the bottom. I just don’t care for this game’s method of raising stats without a level system. 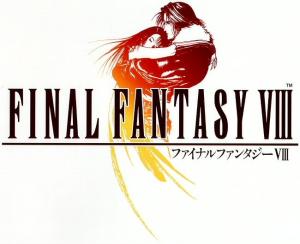 I had a friend who told me she didn’t like Final Fantasy Tactics because she couldn’t understand the battle system. As for me, either I don’t like Final Fantasy VIII because I didn’t understand the battle system or because I understood it too well and broke it. All I did for the entire game was draw maximum magic amounts from enemies, but then never actually use it because fusing it to my stats let me destroy everything with normal attacks. I don’t know. Just seems like it shouldn’t have been that easy. o_o 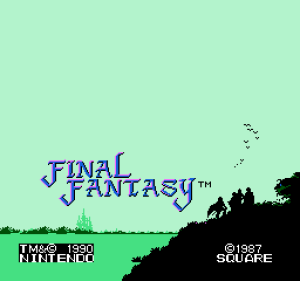 I’ll give this game credit for two things: it’s challenging and has a customizable party. Other than that, I don’t have as much love for it as many people do—that might be a byproduct of Final Fantasy IV being my entry to the series. None of the locations or music stuck out to me and I’ve never cared for the idea of buying magic in stores even in some of my favorite RPGs ever, like Lufia II: Rise of the Sinistrals or Bravely Default. 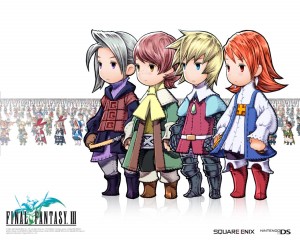 The series’ excellent job system… hadn’t quite happened yet. No mixing and matching of class abilities here. That’s not my main issue with Final Fantasy III, though; the crazy thing is that jobs level up depending on how many actions your characters take instead of what they’re fighting, so you can sit there spamming defend against level 1 enemies for a few turns. It’s almost as exploitable as Final Fantasy VIII! Aside from that, though, it’s a perfectly competent game, but nothing that stands out for me.

I bought my Playstation specifically for FFVII, but ironically Wild Arms stole the show immediately. FFVII has some merits, mostly in finding creative materia links and some of the soundtrack, but given what I’m looking for in my RPGs, most of its gameplay felt like a step backwards from Final Fantasy IV and VI. A three-character party with one mandatory character had seemed too restrictive even in Chrono Trigger, but at least then the characters had their own unique moves and the end of the game let you take Crono out. Spending so many hours upfront in the similar environments of Midgar didn’t help either; I didn’t feel any sense of adventure until finally hitting the world map. 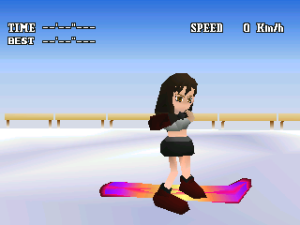 This was the first RPG I ever played, the first game I ever bought with birthday and Christmas money (not counting Super Mario World as a pack-in), the first SNES game I bought (likewise), and of course my first Final Fantasy. All that said, I think it’s good, but not amazing or anything! The constant party rotation is the main draw here along with a truly sweeping world—arguably a more complete world than any of the other games on this list. 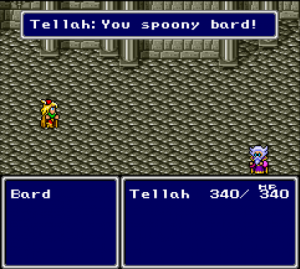 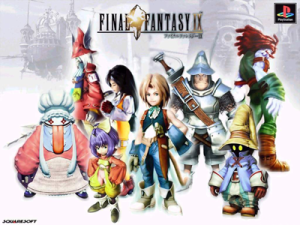 Now we’re talking! A superb skill system and characters with unique abilities give FFIX‘s heroes arguably the best and most diverse party dynamics of the series (at least from what I’ve played), plus you even have combo attacks with Steiner and Vivi. The gameplay is basically flawless, the soundtrack is excellent, I like every character except maybe Amarant, and all in all the only things holding this game back from an even higher ranking are the excessive battle load times and the odd body proportions of all the characters. 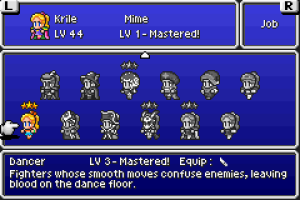 FFV is the proof that gameplay is my main concern. I couldn’t name a piece of music from this game that isn’t “Clash on the Big Bridge,” I don’t remember more than three scenes from the story, and while the graphics are pleasant, they can’t even hope to touch the SNES’ best. The gameplay is immaculate, though, encouraging player experimentation in the highest; the team you create is decisively your own, equally as much an expression of yourself as an expression of the developers. As a result, the gameplay also feels dynamic as each character’s role shifts about to your liking. 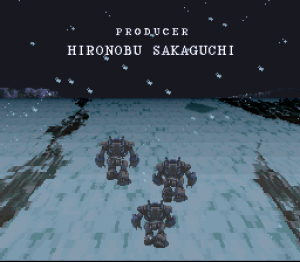 It took ten years to knock this 1994 SNES masterpiece out of my slot for favorite game of all time—and even now, twenty years later, it still sits comfortably in top four. Come 2024, come 2034, come 2044, it’ll probably still be in my top ten! The first word that comes to mind when I think of Final Fantasy VI is “flawless.” While that’s true, it’s not enough; a game could be “flawless” and still lack a wow factor. (Like the original Dragon Quest. That Game Ranking list is coming!)

So let’s say it: not only is FFVI flawless, but it has the wow factor at every turn. The numerous characters have unique abilities in battle, I’m in love with 90%+ of the soundtrack, almost every dungeon has either good exploration or good puzzles (or both), the adventure is big, fans of linearity and non-linearity alike get exactly their fill, the graphics are way at the top tier of SNES and 2D as a whole even today, the mix of sci-fi and fantasy seems like just the right blend, and the gameplay is constantly switching it up with things like multi-party dungeons, miniature wars, separated party members, raft rides, mine cart rides, or operas—all without being overbearing or having frivolous minigames. 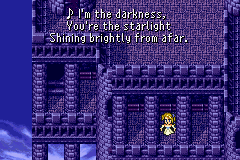 Oh yeah, and it has two very different translations and each one is awesome for its own reasons!