Time exists. A bold statement, I know! …but almost anything passes for an arguable point among philosophers. If we were actually in the Matrix—we’re not, but even if we were—then the physical universe could be an illusion, but I don’t apprehend that time would be an illusion. This is difficult to wrap my mind around, admittedly, but it would seem to me that time must still be passing in the ongoing simulation of a world even if the content of that simulation can disappear.

In other words, even if space is illusory, time remains real. 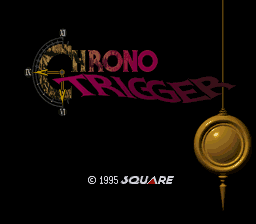 But what is time, anyway? It’s not physical, to be sure, so why do we imagine the ability to time travel through it? In fact, how are we even capable of measuring it? The person who claims to believe only in what he can see and touch must be in a bind when faced with time—and even someone with the more cautious claim that she believes only in what she can “observe” should struggle to explain how we observe an immaterial entity. This is exactly the sort of question I love. Let’s grab a dictionary definition of time:

the system of those sequential relations that any event has to any other, as past, present, or future; indefinite and continuous duration regarded as that in which events succeed one another

Unless you’re an infinitist (more on that another day), we’ve learned nothing here. The term “sequential” can’t be explained without talking about time, nor can the term “duration,” so this is a circular and unhelpful definition. Let’s consult Wikipedia:

Some simple, relatively uncontroversial definitions of time include “time is what clocks measure” and “time is what keeps everything from happening at once”.

Time has long been a major subject of study in religion, philosophy, and science, but defining it in a manner applicable to all fields without circularity has consistently eluded scholars.

I could dig further. Consider this line again: “Time is what keeps everything from happening at once.” Let me get this straight: the non-physical framework that we call time has the power to affect events in the physical world.

This paradox isn’t exclusive to time. How do immaterial constants of nature determine events in the material world? Some philosophers will say the laws of nature aren’t constants (aren’t “necessary”), but are only a description of our observations so far. While that might resolve one question, it raises another: if there are no fixed laws of nature, then why do we keep observing the same things? So we’re stuck either way.

The universe is a mystery, isn’t it? There’s a great reason that I “rarely conclude.” There’s a great reason that I was once agnostic but never atheist. In fact, a good summary of my beliefs might be “Christian regarding God, agnostic regarding pretty much everything else.” For I’ve always agreed with Socrates and with Shakespeare and with Isaac Asimov:

“I know one thing: that I know nothing.” -Socrates

“There are more things in heaven and earth, Horatio, than are dreamt of in your philosophy.” -William Shakespeare

“The most exciting phrase to hear in science, the one that heralds new discoveries, is not ‘Eureka!’ (I found it!) but ‘That’s funny…’” -Isaac Asimov

For all my doubts about physical reality, though—what is time, how do immaterial constants control material nature, why does the purely conceptual framework of numbers seem to correspond to a physical universe, and so on—I’m certain of this:

I cannot doubt that I doubt. 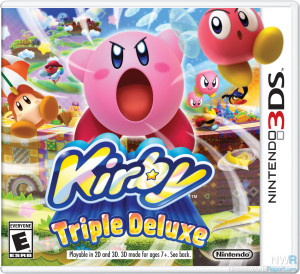 When I look at my shelf, I see a Kirby Triple Deluxe box. The most plausible explanation for why I see a box is that the box is there, but let’s even imagine I doubt that. Maybe it’s a a mirage or a dream. Maybe it’s a simulation. You the reader, after all, see a computer simulation of the box. Even so, I’m having an experience. And so are you!

Today’s conclusion: Our own subjective experiences occur. In some sense, they’re real. I like certain things and dislike others. I love. I appreciate. I ponder. And unless you’re a philosophical zombie, so do you!