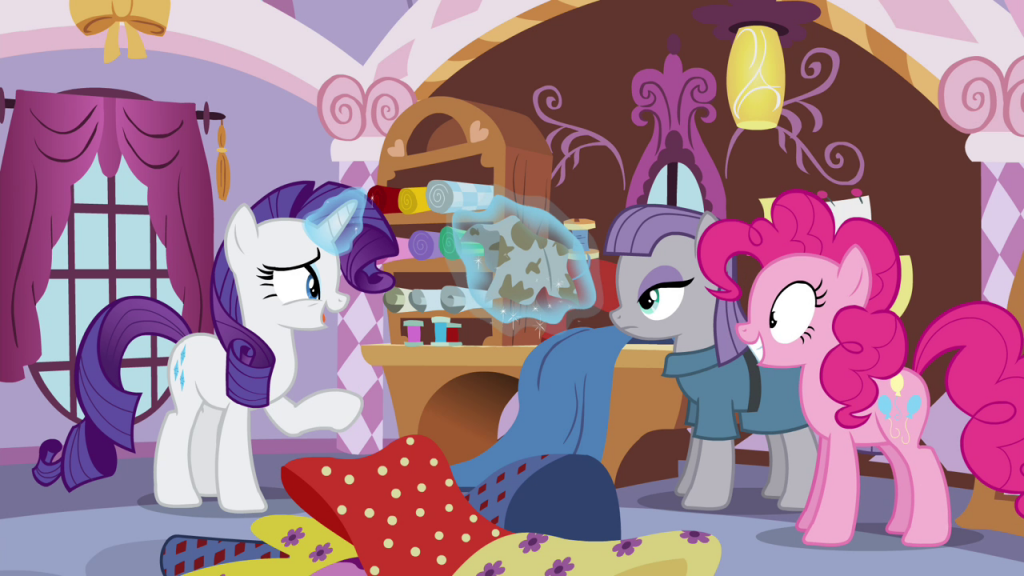 Maud Pie made me laugh more than Pinkie Pride. More than A Friend in Deed. More than Lesson Zero. As an entertainment viewer, this episode makes me happy because it just might be the funniest episode of My Little Pony. What elevates it even further, though, is that I can also enjoy it from the perspective of a relational viewer. END_OF_DOCUMENT_TOKEN_TO_BE_REPLACED

END_OF_DOCUMENT_TOKEN_TO_BE_REPLACED

The return of Derpy! Pinkie Pie in multiple variations of cheerleader outfits! Twilight Sparkle in a cheerleader outfit?! The naming and first major role of Bulk Biceps! An episode about my third favorite pony!

…now why am I so bored? Rainbow Dash episodes have actually had very poor track records with me despite my love for her as an overall character, but what went wrong with this one specifically?

END_OF_DOCUMENT_TOKEN_TO_BE_REPLACED 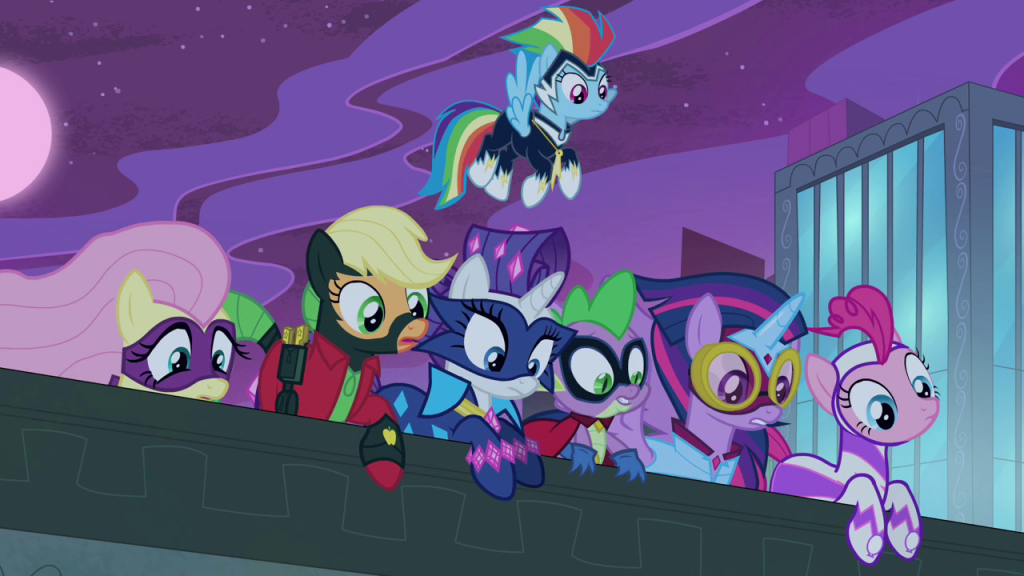 Like in Castle Mane-ia, the Mane 6 travel to a darker and grimmer location than they’re used to—this time a Gotham City-styled comic book world instead of a haunted castle. And also like in Castle Mane-ia, somehow this winds up becoming a secret Rarity episode! No complaints here! END_OF_DOCUMENT_TOKEN_TO_BE_REPLACED

I’ve been totally occupied for the past week, and by “occupied” I mean “I somehow forgot last Monday that the season 4 finale of My Little Pony: Friendship is Magic was only five days away, so in celebration of the only TV show I’ve enjoyed in the last five years, I spent a ton of time in the last week revisiting episodes from earlier in the season and getting hyped up for the finale. I was so excited I almost literally couldn’t sleep for most of the week, as I kept waking up just three or four hours after going to bed and then trying to go back to sleep.”

There was also the new 3DS release on Thursday of an old-school-styled 2D RPG, Grinsia, which is the kind of thing I’m obligated to check out. Most of my time went to MLP, though. I’m going to take some time out to post reviews of all the season 4 episodes for the next little while, but once we’re past that I’ll be all set, refocused, and back on top of Dreamblazers. (Incidentally, I’m still going to finish the Tales of Symphonia breakdown as well. That’s just far more time-consuming than the pony reviews, so I scaled back on the update frequency.)

I feel like most people would just pretend they were doing stuff and make up things to claim that they did—that or just skip the weekly post and come back next time with a real progress update. I intend to continue being upfront here and not giving any false impressions, though. Didn’t really do a thing for my own game. Flat out: that’s what happened. (Considering all the Honesty here, you’d think Applejack would rank higher than my thirtieth or so favorite pony, but nah. =P)