* Finished setting up new computer
* Learned how to configure status menus
* Sent round 2 and 3 art feedback for Hikaru (now finished), round 4 for Celty (now awaiting final art), round 1 for Astrid, and round 2 for Kylie (now finished) and Autumn
* Restructured various fashion effects that were causing infinite loops

The status menu followed by the equipment (fashion) system. 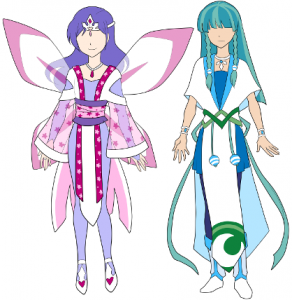 Now that I’m fully up and running on my new computer, the fun has been doubled. : D And by “fun” I mean “speed at which I can change stuff” and by “doubled” I mean more like “quintupled.” And boy oh boy did I need it: I had a few fashion effects that consistently crashed Unity because of infinite loops, so tracking down which ones they were and why involved opening the program over a hundred times between Thursday and the end of Saturday since I was (purposefully) crashing it every few minutes.

Of course, the cause of the crashes came from an unexpected way and place, which is why I hadn’t been dealing with them until now… Since this took longer to unravel than if I’d caught them earlier, I’ll be doing more thorough testing of—well, of everything—than I had been before. I believe I can handle equipment requirements more intelligently than I have until now; fashion effects might be in the same boat, but it’ll take some digging on my part.

Looking really forward to this week, though. Last week was super satisfying despite the issues. =)